Do not give in to the Russian oppression! 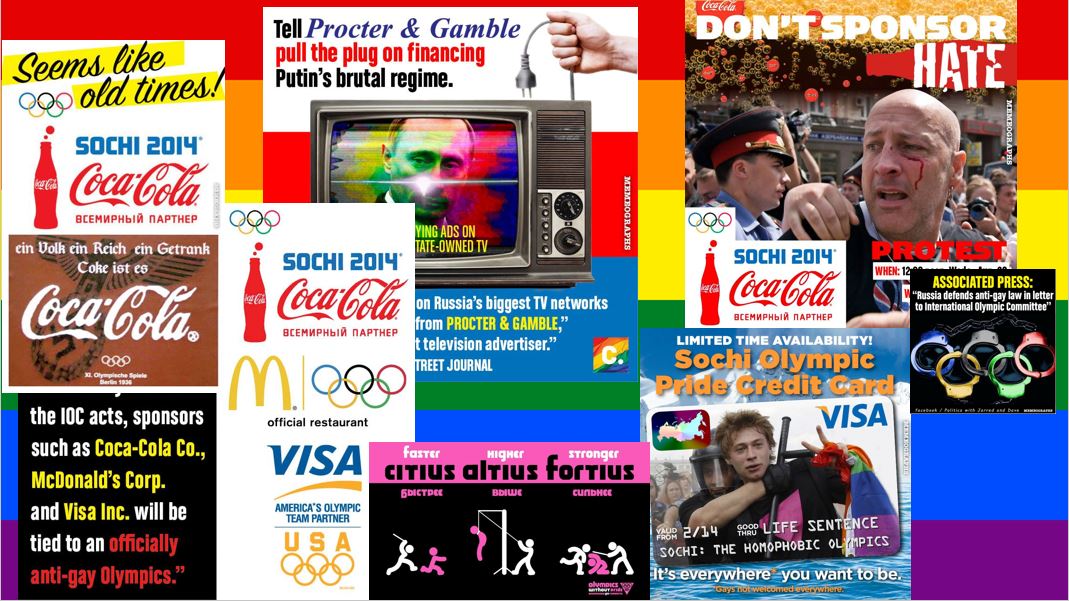 Not surprisingly, a counterattack was begun by Russian officials, after they had recognized that the international community had not attended to boycott or transpose the Sochi winter Olympic Games. They have got a strong support from IOC President Jacques Rogge of Belgium, who said Sunday, that athletes will be warned about violating the clause in Olympic Charter rule 50 that says, “No kind of demonstration or political, religious or racial propaganda is permitted in any Olympic sites, venues or other areas.”

The head of the IOC’s marketing commission, Gerhard Heiberg of Norway, said Olympic sponsors feared for the backlash that could be created by the controversy and the way any such demonstrations are handled – wrote the Chicago Tribune.

What does it mean? Dear citizens of the World! Please do not take part “any such demonstrations”, because Olympic sponsors feared for the backlash!

What do you think about it?

The Russians will tell to the human rights activists, all around the world, what is allowed to do?!

The IOC will “snuff out” the growing protest movements, based on the instructions of the Russian organizing committee?!

How could they even think it?!