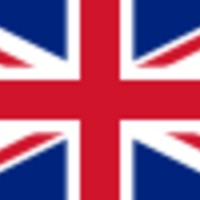 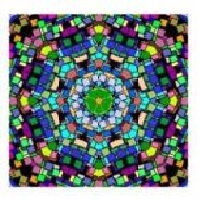 Hungary has undergone significant and disturbing direction changes in 2011 in several aspects, which are already well known all around the world by more and more people, thanks to the media. The leaders of Fidesz-KDNP party alliance, who had had a landslide-like victory in the general election in the previous year and therefore having two-thirds majority in the Parliament, altered the essential elements of the Hungarian constitutional system substantially. Although at the level of communication their aim was to maintain the democratic constitutional state, and even strengthening it, the facts demonstrated something else in many aspects. All the basic democratic rights and institutions have been tampered:

1.      immediately after the election victory they withdrew the new Civil Code which had been adopted by the previous parliamentary majority.
2.      a new constitution was created and forced to adopt by the majority of the Parliament ignoring all critics of the opposition and civil society.
3.      new fundamental acts have been adopted, which significantly limited e.g. the freedom of religion following the interests of the so-called historic churches.
4.      by creating a new Act for family law the registered partnership excluded completely from the definition of family, inhibiting for people living in such partnerships to take the advantages of the family status.
5.      political influence was strengthened in the media authority, the Monetary Council and the Constitutional Court.
6.      eventually that president of the Supreme Court had been removed who was previously supported by governor parties, and an other judge was appointed to the head of reformed judiciary, who has stronger party affiliation.
These actions were only the most important and most alarming ones which have been often explaining by the critical situation of the Hungarian economy, but apparently most of the measures listed above are not really associated with the consolidation of the economy. Undeniable signs of weakening the constitutional checks and balances are modifying of local governmental and the general electoral system, and the radical transformation of functions and powers of the local governments and the state. These all point to the direction of centralization and maintaining of power, but that’s the fact urgent changes were necessary while the former governing was undoubtedly inefficient and wasteful. Ignoring the concerns related to the violation of constitutional and private property rights the governmental parties eliminated the three-pillar pension system which was developed one and a half decades ago in Hungary and nationalized most of the assets of private pension funds. From these means beside the reducing of undoubtedly stifling governmental debt the increasing budget holes were stuffed in which is a result of continuing decline in the economy and remaining structural problems despite the grandiose transformations of institutional systems, knowing that these could have a heavy price later. The biggest upset in banking world was due to that law which enabled an amount of early repayment of their credit for hundreds of thousands of those individuals who had foreign currency denominated mortgage loans taking into account prevailing currency exchange rates at the time of borrowing, causing billions of euros of loss by the credit institutions.
These activities of the government understandably caused a growing feeling of legal uncertainty at home and in abroad as well. The most affected people in legal uncertainty are usually the minorities, who are inherently in a vulnerable position comparing to the majority of society. A special feature of changes in Hungary, that probably the LGBT people have the worst situation among the social minorities.
The withdrawal of the entry into force of new Civil Code was emphasized mainly due to its important rules (inheritance law, etc) about registered partnership already in 2010, sometimes pronounced, otherwise concealing the fact that these rules would have been necessary to ensure equal rights for same-sex partnership. The new constitution (Basic Law) states that marriage can be established only from the relationship of a man and a woman, creating a constitutional basis for that in the future all the other kind institutions (such as registered partnership, which was opened for same-sex couples in 2009, but in the Civil Code was not regulated in detail, as I mentioned above) became possible to abolish, for what it is only necessary such a new constitutional court submission. There is little doubt that during the year 2012 such a submission will be provided by a representative of those homophobic people, who are saying themselves “conservative Christians”.
Homophobia became evident several times during the year 2011 in the Hungarian domestic politics at the highest levels:
1.      the gay pride parade which has been held in every year since 1997, was not allowed by the police in the first round (it was not the first time in Hungary, when police tried to ban the event). Experiencing the protest of Hungarian and international civil rights organizations the police changed the decision finally, however, thus many homophobic representatives of the Parliament and Budapest’s self-government protested as well as insulted openly and impunity the LGBT community in their manifestations.
2.      Some Members of Parliament demanded the replacement of the openly gay director of the National Theatre (which directly managed by the government) also with homophobic sallies, for which hasn’t occurred any substantive retaliation either, although the director could remain in place.
3.      The last days of 2011 the Berlin mayor contacted by letter to his colleague in Budapest asking for support Euro Games – a sport event organized by LGBT people – which will be held in Budapest in 2012. Budapest mayor who was previously repeatedly criticized for his homophobic manifestations publicly refused the letter requesting the support and also refused the observance of any such promises which were made by his predecessor. Then a representative of the right-wing opposition, claimed the ban of the event in a press release, publicizing harsh homophobic manifestations and breaching the LGBT people's rights to the human dignity. An even more serious problem, however, that a representative of the ruling centre-right party alliance (which also has a huge majority in the capital self-government as well) protested against the planned event in a press conference.
Consequently, the fundamental democratic rights, the institutions of the rule of law system in general and particularly the equal rights of LGBT people severe threatened in Hungary in the second decade of the 21st century. That is why effective actions of the international political and civil rights organizations are needed to prevent and to stop the increasingly rougher violations of fundamental human rights in Hungary.