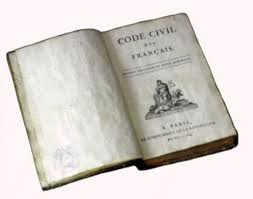 The changing of political system and liberation from Russian occupation at the beginning of the 1990s did not resulted a fundamental change in the citizens' minds in many areas of societies of the Central and Eastern European countries. The ideal of the rule of law, the unquestioning respect for universal human rights shows serious shortcomings in almost every fields of society’s life. Although there can be find significant differences among the countries of the region, it is general that the efforts to respect the rights of the LGBT community were much less successful in the former communist states than in Western Europe or America. Even in Hungary – where, you can say that the situation of LGBT rights is quite acceptable comparing to some other former socialist countries – many disturbing phenomenon revealed recently. The conservative and Christian democratic parties (Fidesz-KDNP) who, have an absolute majority in the Hungarian Parliament since 2010 – according to their election campaign promise – will try to “empty” the Registered Partnership Act which, was adopted by the previous socialist-liberal government to provide the legal framework for same sex couples’ partnership. The governmental forces now declared that they want to take off the family law part from the draft of the new Civil Code, removing all the rules both for registered same-sex and unmarried heterosexual partners. It has been already declared in the new Fundamental Law of Hungary, which had been adopted last year, that marriage could only be arisen between a man and a woman, however, in the opinion of the conservative Christian Democrats (KDNP), those citizens who do not want to get married, but want to live as cohabiting partners, are not entitled to gain the same rights like spouses (e.g. inheritance, the right of disposal in case of the partner’s illness, etc.). This is all the more disturbing because half of the children in Hungary are born as children of parents who are not married but live in cohabiting partnership, and they want to refuse all kind of family law rights and benefits from these families. The opposition protests in vain because the two-thirds majority of the conservative-Christian line in the Parliament is expected to ignore the counter-opinions referring to the necessity of respect for fundamental human rights and acquired rights and they will favour KDNP’s proposition at the time of voting after two weeks. This will result that millions of Hungarian citizens will be deprived of their rights and discriminatory positions. Unfortunately, the international civil rights organizations and the competent authorities of the European Union watching this process idly despite it threatens very serious consequences.

Now, it would be possible to prevent the undesirable decisions by the relevant international and EU authorities, and international non-governmental civil rights organizations, otherwise they will surely be delivered in the coming weeks by the conservative political forces, which are in the prime of their power.