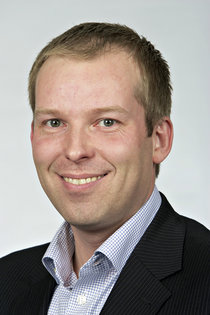 since you will arrive to Hungary as the rapporteur for LGBT issues in the Parliamentary Assembly of the Council of Europe (PACE) to write a report concerning the actions against discrimination depend upon sexual orientation and gender identity Hungary, I would like to draw your attention to some aspects that could be necessary for consideration during the compilation of your report. In this letter I am not going to detail those alarming changes in the Hungarian laws, which caused a lot of anxiety and desperations for the LGBT people living in Hungary, as the provisions of the new Basic Law for exclusion of the recognition of same-sex marriage and the new Civil Code, which emptied the legal content of registered same-sex partnership, since you will be sure able to inquire in detail about these topics during your official program. The aim of present investigation is primarily not to evaluate the provisions designed to ensure same-sex couples' rights anyway but, the exploration of the effectiveness and outcomes of actions against discrimination based on the sexual orientation and gender identity and therefore, it will be explored the results obtained in this field, and the remaining problems as well. About these latter points, you sure will have the opportunity for several meetings in Hungary with the representatives of legally registered and recognized civil rights organizations. During these meetings you can receive information about the relevant provisions of the Hungarian Criminal Code, thus in this letter I do not want to discuss this topic in detail.

There are fewer opportunities within the framework of the dense and fixed program of such an official visit to acquire the knowledge of those phenomena which are not solely, or even not primarily belong to the topics of legal regulations but as, important elements of public life may have greater influence to the public opinion than the legal regulation has. These are e.g. several expressions of the political leaders which, still not result legislative changes, but fundamentally influence public opinion. There are also those expressions in the media, which may directly or indirectly influence people’s attitudes to the members of the LGBT community, same-sex pairs, larger and smaller groups of the community.

It was a typical example, what we could see from some leader officers of the smaller coalition party, the Christian Democratic People’s Party (KDNP) in relation with that decision of the Constitutional Court, which had annulled certain provisions of the Family Protection Act. It was both politically and professionally a very problematic step, when KDNP and some civil organisations, which are close to Christian democrats, organized and took part in a protest demonstration at the building of Constitutional Court, because it violated the democratic principle of separation the branches of power. As we have reported about it in detail in the Kaleidoscope blog previously, the organisers misunderstood the Constitutional Court’s decision and ignored all warnings and aspects of common sense. The participations of the demonstration took abusive, vulgar and homophobic manifestations. 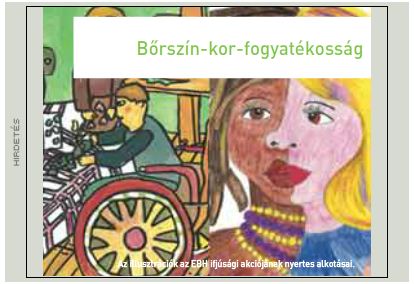 Another typical example is the homophobic motivated everyday, profane diatribes that still continue without any consequences in the officially registered media. The competent authority (National Media and Infocommunications Authority) has never cracked down despite it has the legal opportunity and that would be its moral obligation. That says a lot about the attitude of the Hungarian authorities, when Equal Treatment Authority started a promotional campaign to represent their own work by using EU funds, on the banners which appeared on the purchased advertisement surface, they mentioned only the colour of skin, the age and disability from the protected characteristics, which are defined in Article 8 of Act CXXV of 2003 on Equal Treatment and Promotion of Equal Opportunities, but the sexual orientation was not mentioned on the banners, despite the fact, that serious violations occur in Hungary.

All these suggest that there are serious shortcomings in tackling the discrimination based on sexual orientation and gender identity in the Hungarian legal system, and in several areas of the public life. It is obligatory that the main protector of basic human rights is Europe, the political body of Europe Parliamentary Assembly of the Council also draw the attention of the Hungarian government, the political elite and the public announcement.

Have a good time in Hungary, best regards,