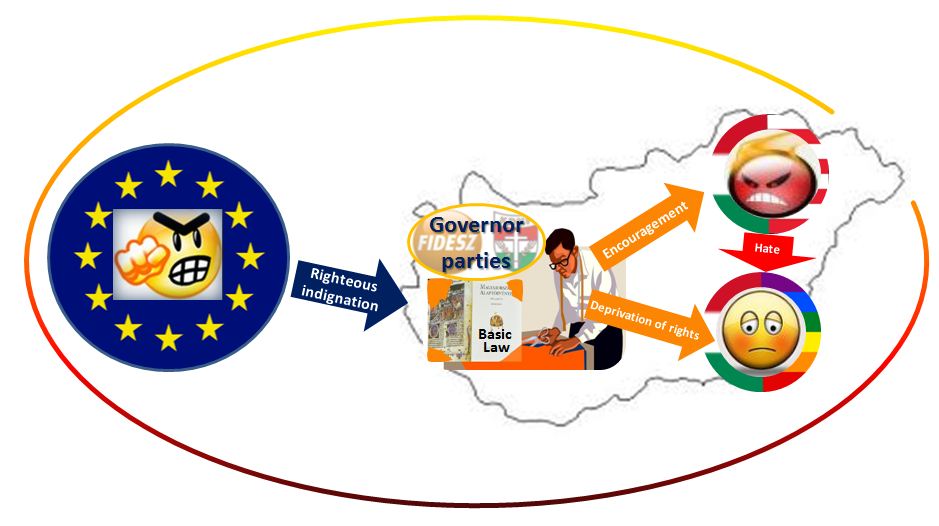 Amendment of the Basic Law caused a cumulatively disadvantageous situation for the Hungarian LGBT community. On the one hand it strengthened society’s prejudice against the LGBT community by degrading the LGBT people second-class citizens on the highest level of law. On the other hand, as Hungarian citizens, the members of the LGBT community have to face the righteous indignation of Western European publicity, which is very sensitive to respect the rule of law and fundamental human rights. Usually that is unknown about somebody that he or she belongs to the LGBT community and thus in fact, he or she is a victim of the governor majority’s arrogance as well.

Hence it is understandable that members of the LGBT community, particularly appalled by the situation developed after the 4th amendment of the constitution: it is not enough to be deprived of their rights, they also have to be ashamed of their country's official policy.